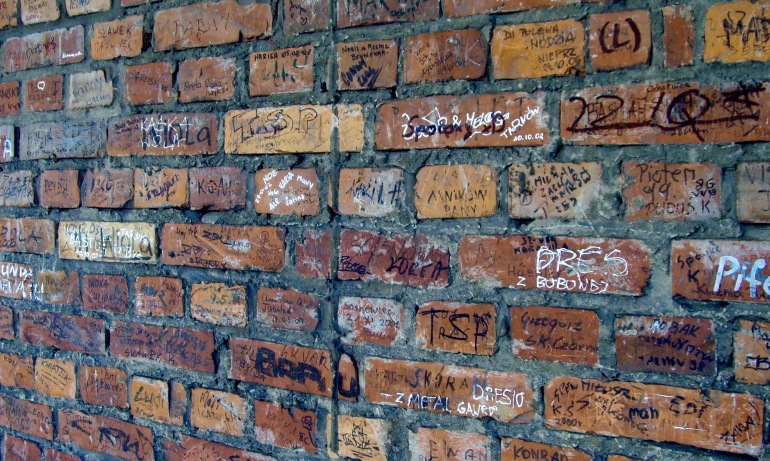 Its a scenario played out at any of a thousand tourist sites the world over, crowds of bored looking teenagers who have already done the gift shop, the coffee bar and the washrooms casually graffiti the walls as they wait for a convoy of buses to take them to their next destination. The problem is this particular wall is at the notorious concentration camp Auschwitz. Is it unfair to accuse a generation of disrespect who have grown up in a society of freedom without responsibility,who have no real knowledge of a world that created Auschwitz.

Now should we be proud of the fact we have brought up generations not stigmatised with the memories of hate that fed the machinery of the second world war or should we in fact be very worried. For me the most worrying aspect is that the same componants that brought about that war still very much exist today. They may no longer call themselves Facists or Communist although governments promote these ghosts from the past as a distraction that allows them to  practice the same philosophy under new names with better manners, the old villain of identity politics has never been so popular. Add to this the ever creeping concepts of globalisation, neoliberalism and perhaps the most dangerious of all, industrial augmentation of society that has already seen technology replace 90% of jobs humans do, and you have the componants like unemployment,mistrust and a divided society, all of which are the burning fuel of extremism.

We pride ourselves in the west on what we believe to be the best example of politics with our democratic social order, but what is democracy when placed under the microscope, a system even at its mathematical best would leave  49% of the voters unrepresented and for the other 51%  are they  pleased with their candidate who will never represent the things they voted for. Even the most gullible of voters knows election campaigns don’t fund thenselves, business interest finaces the mainstream political parties and who ever pays the piper calls the tune. This festering system is now so out of control it was inevitable that the big corporations would invent a monster like the Tran-Pacific-Partnership and its little sister in Europe, The Transatlantic Trade and Investment Partnership (which already has a nasty track record by way of a prediction of things to come (but far to long to detail here) which will in fact if it is not stopped be the coup de grace to democratic freedom as we know it and see a return of the dark ages for the vast majority of people in the employment sector already struggling with short term zero hour  contracts, no job security, health care or pensions. 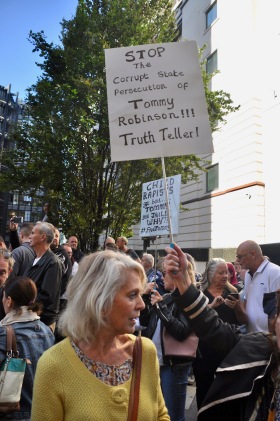 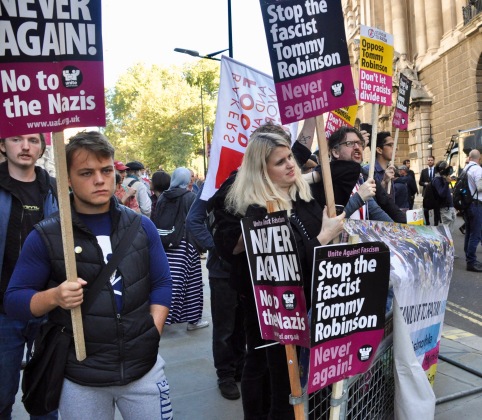 We also live in an age where the people we rely on and trust to lead by example at the pinnacle of society are the very ones who promote vanity, greed and corruption as sought after virtues, our children are spoon-fed a diet of junk food, junk TV and endless violence played out in innocent video games or the big screen . Our media is corrupt to the point that truth is just another option on a opinion based menu of well chosen and edited topics that suit whatever the editorial is .  So is it really any surprise that the moment someones comes along with a magic bullet, the solution to all our problems they become the instant messiah.

The problem with identy politics is that nothing really changes, ideology is repackaged. But the tribal instinct to identify with a leader who echos our fears is their most effective tool to win over a willing public,  the greatest dictators have been soundboards to their audience, Adof Hitar was not the causes of WW2 he was a product of the environment that created him, the hate and frustration was there, he was merely a tool use to direct those feelings. We see now in our education system our children are schooled in segregation not integration on the pretext that certain social groups are in a constant state of attack for their race, sex, sexual preference or religion from some fictitious enemy identified with vague labels like White Privilege with little in the way of  evidence to support this. The truth is when any social group build walls around themselves they become easy to manipulate, fear and mistrust of your neighbours takes attention away from the real and obvious culprits who hide behind a PR smokescreen, but the ridiculous imbalance in the distribution of the worlds wealth is a obvious give away. The shadows cast by war and  genocide in our history are never random, hate and mistrust are seeds that are sown and the harvest is always reaped in the gardens of places like Auschwitz and a problem that is  far worst then holocaust denial is total apathy. 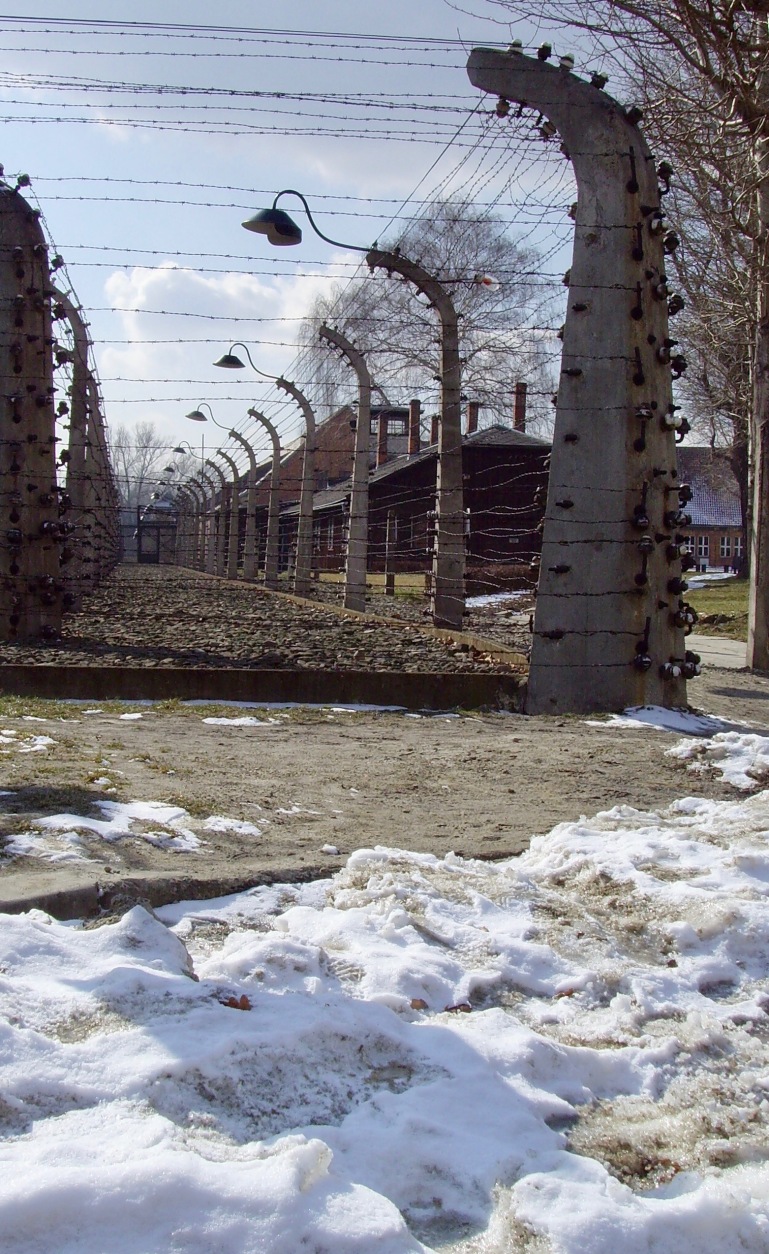